No cooking at all instead others cooking for me …

Seems the excitement of the first days has gone and I am settling into much more routine and easy going concerning the challenge. The more you become familiar to eat plant-based the easier it gets.

#LUNCH
I did some shopping at Mammut to buy finally the nutrional yeast – supposed to be used soon for a tofu dish as well as a pizza spread and to refill our almond milk and coconut cream storage.
Being not in a hurry I met spontaneously a friend and we had lunch together at Pad Thai Wokbar. She is a real Paleo person but not eating meat at the moment so she ordered us a vegetable plate (zöldseg alap) together with bamboo, pineapple, cilandro and Indonesia satay sauce. It was really delicious, so fully recommend it. For sure will have it again next time being at Mammut and feeling hungry. By the way, there are more Pad Thai Wokbars around the city. 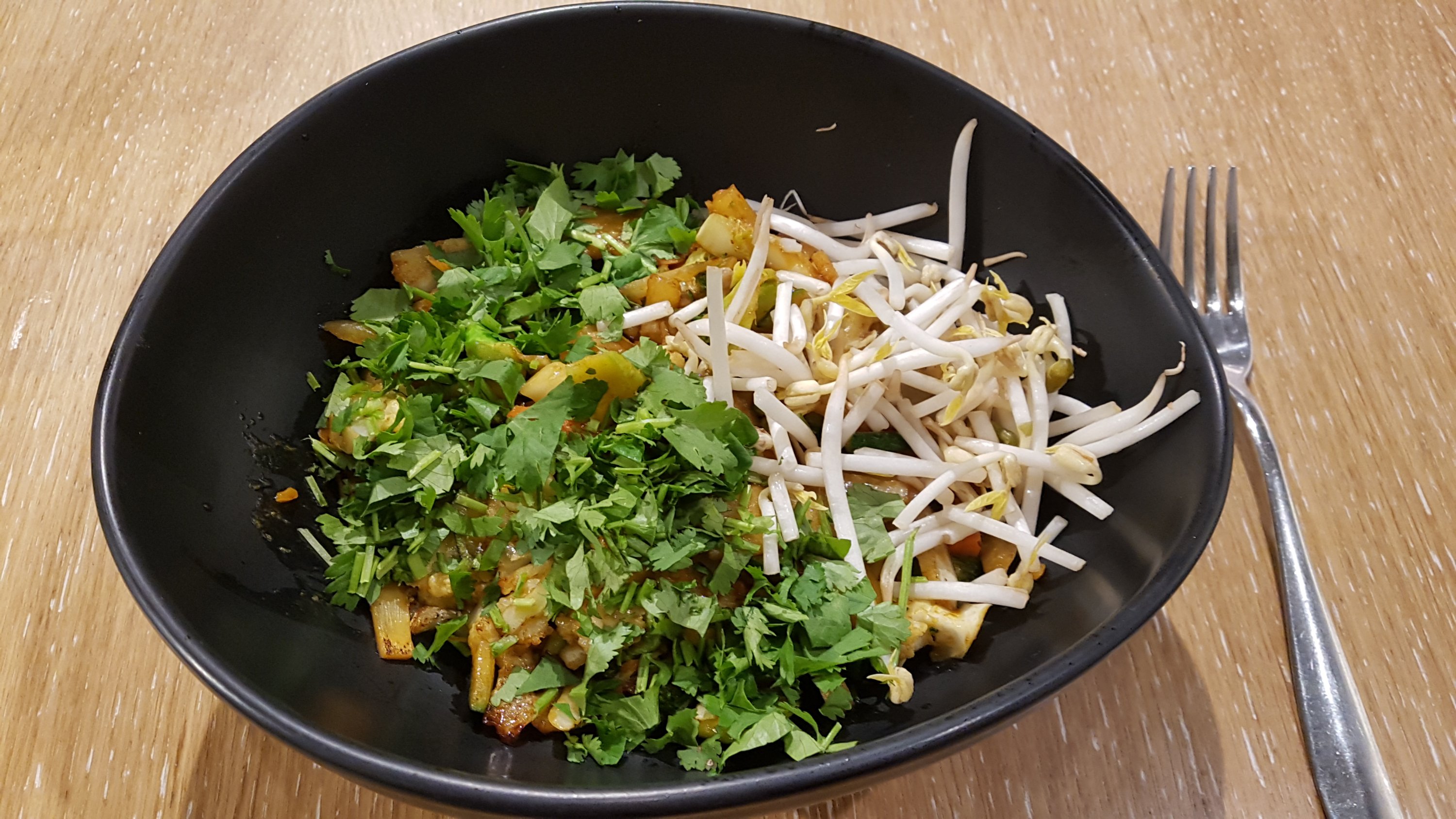 #DINNER
Some of us doing the Kickstart Your Health course went out for dinner and were brave enough to test one of the Vegan restaurants – Kozmosz. Entering the place we felt a bit sat back in time as it felt like a student place, what of course nothing means about the food. We decided to order different dishes and than share amongst each other. So we ordered 3 dips with veggies and fried potatoes, a bean burger and a beetroot burger, quesadilla, barbecue seitan plate and the veggie curry with rice. The appetizer was ok, we found it strange that one of the dips had like a smoked bacon taste. The quesadilla filled with some kind of bean stew was good. Concerning the rest we got absolutely not convinced and did not feel at all that we had a healthy dinner. A lot of the side dishes were fried, so we felt rather verymheavy at the end. Another minus was that we really smelled a lot after fat when we left the place, even all clothes need to have a date with the washmachine. So unfortunately neither a place to recommend nor to come back.