So far things are going well …

Sunday breakfasts with the family are very important for me. I love to sit together without rushing, enjoying delicious bread rolls with different spreads and sometimes also an egg dish. Of course not today, but my beloved ones had ham & eggs. I thought it might be hard to resist but it wasn’t because the smell of fat of the frying ham was not too appealing …

#DAY5
#BREAKFAST
As already mentioned we had bread rolls and I tried an Italien spread which I got coincidentally as present lately. Further we tried the nut-nougat spread from dm. Both passed the test. And we made a direct color comparison between the Adez rice milk and the Plant Pro almond milk with the obvious result that the almond milk wins. Our number one so far! Also gives the coffee an appealing color. 🙂 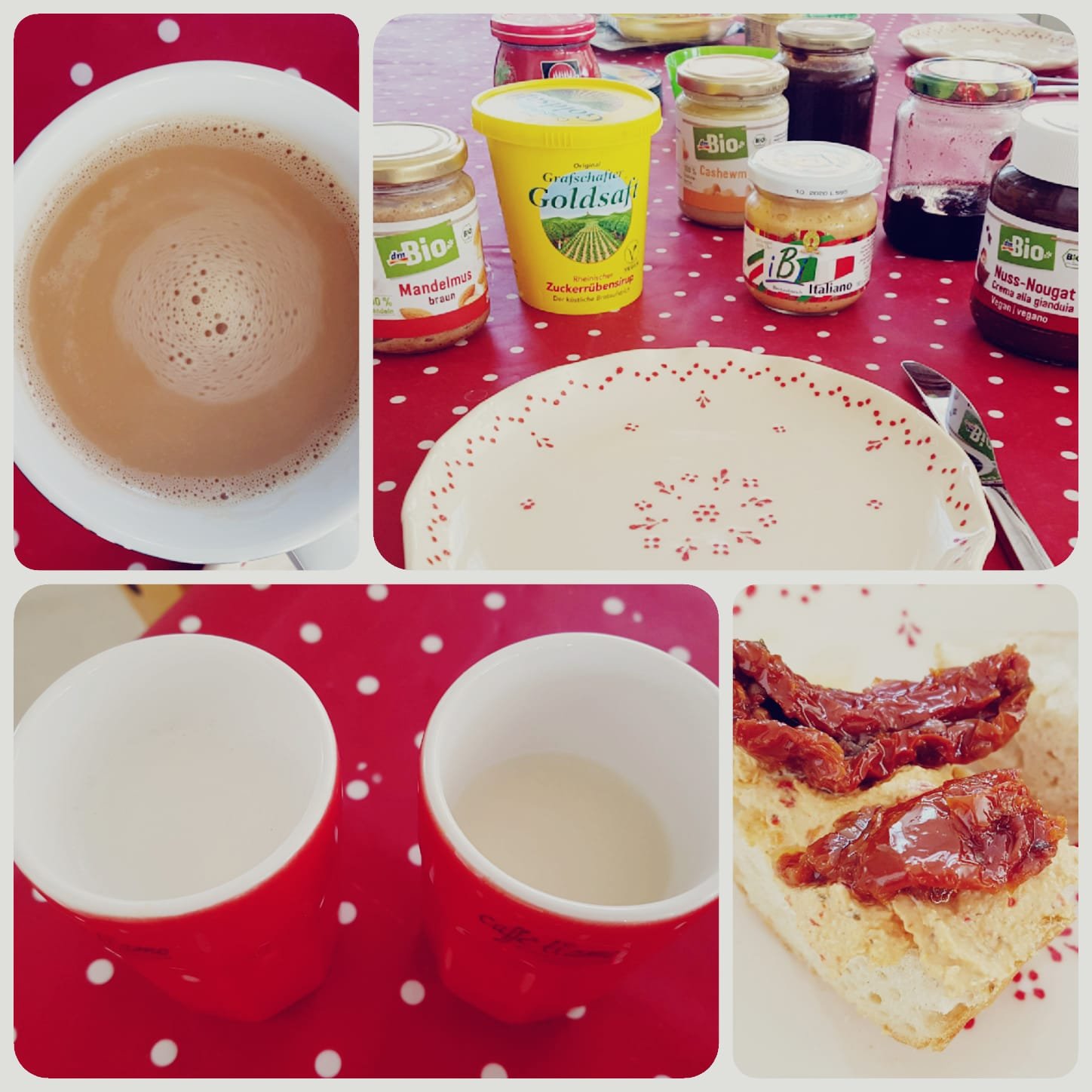 #LUNCH
For lunch I wanted to do a dish with cauliflower. Pretty quickly I have found this one and followed it. What can I say? The preparation of the cauliflower was really time intense, with preparing the cauliflower, the coating etc. The result unfortunately was not so convincing that I would do it again … but what I loved about the recipe was the part with self-made BBQ sauce. I have never done my own before and I must say it was really really good! Next time I might try to do it with pure tomato paste and add some honey, ginger and lemon. As side dish we had rice and I had made a small portion of tomatos in the oven. Ingredients – you can probably guess: cherry tomatoes, spring onions, olive oil, lemon, honey, salt & pepper. 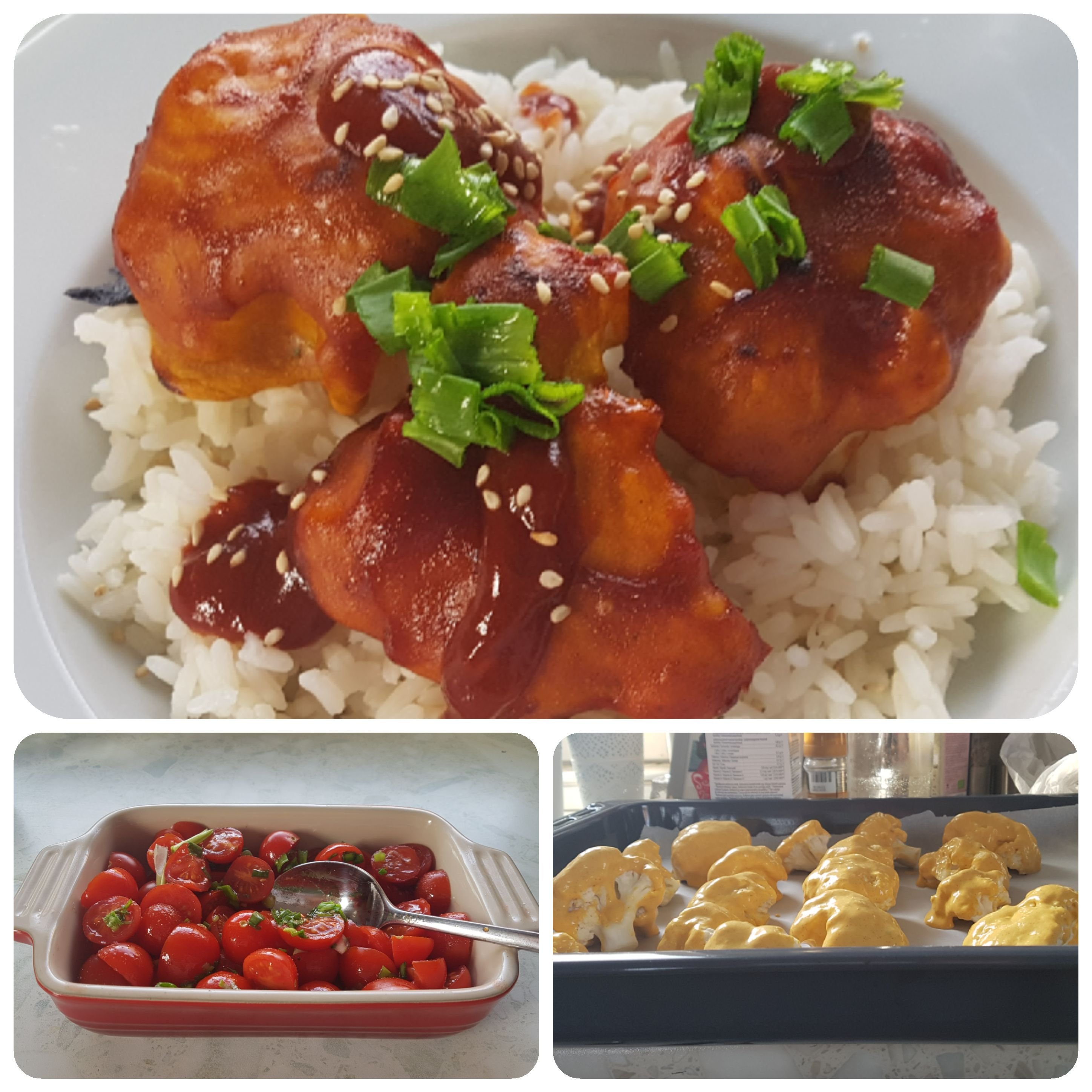 #DINNER
I actually skipped dinner as I ate only some leftover cauliflower with the last bit of BBQ sauce and had some raspberries (frozen ones), coco jogurt, walnuts and agave syrup. Yummy!